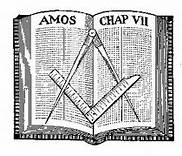 John was born in S. Williamsport on November 13, 1931 and was the son of the late John D. and Kathryn (McCabe) Shafer.  He graduated from Williamsport High School and he served his country with the US Army during the Korean War.  He worked at Stroehmann Bakeries as Director of Transportation and retired in 1992.  John was a member of the St. John’s Newberry United Methodist Church, a member of the Masonic Lodge 106 where he was a trustee and served as past Worshipful Master, AASR Consistory where he received the Meritorious Service Award in 2005 and chaired the wardrobe committee, American Legion Post 617, served as an officer of the PA Motor Truck Association and was a life member of the Independent Fire Dept.  He enjoyed boating and handywork.

John is survived by one son; John D. Shafer of Montgomery, one daughter; Tammy M. Morgan (Bill Lundy) of Montoursville, one granddaughter; Courtney M. Morgan (Shawn Fera) of Linden and one sister; Ruth Shafer Mitchell (Max) of Williamsport.  In addition to his parents and wife, he was preceded in death by one sister; Elizabeth Horn.

In lieu of flowers, memorial contributions may be made to the church.

To send flowers to the family or plant a tree in memory of John H. Shafer, please visit our floral store.