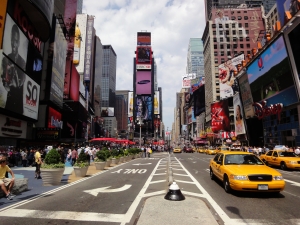 She was married to the late William Louis “Bill” Sweeting for 63 years until his death in 2006.

Adalena was born in Williamsport on April 10, 1922 and was the daughter of the late William and Pearl A. (Hunter) Fairfax.  She had graduated from Williamsport High School in 1940 and also worked for GTE Sylvania for over 20 years and retired.  She was a member of the former Salem A E Zion Church and enjoyed going out to eat, music and going to New York City to see plays.

Adalena is survived by two daughters; Pearl A. Sweeting and Phyllis M. Sweeting, both of Harrisburg, three special caregivers whom she viewed as her children; Jonni Rai, Valda Knight and Deidre Williams, several nieces and nephews and grand dogs and grand godchildren.  In addition to her parents and husband, she was preceded in death by an infant son; William, Jr., one daughter; Mary E. Sweeting, two brothers; Clifford and John Fairfax and two sisters; Edith Clay and Josephine Williams.

In lieu of flowers, memorial contributions may be made to a hospice organization of your choice.

To send flowers to the family or plant a tree in memory of Adalena Idell (Fairfax) Sweeting, please visit our floral store.