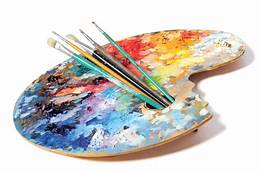 NEW YORK / FORMERLY OF WILLIAMSPORT - Artist and Educator Barrie Karp died September 27 in NYC surrounded by loving friends. She was 74.

With a range of gifts and knowledge that writer Susan Faludi called “breathtaking,” Barrie Karp was a forceful presence in all realms in which she worked--visual art, feminist philosophy, education, and activism. She was part of the founding generation of academic feminist educators, producing cutting edge-pedagogy in academic fields that, by the 1990s became categorized, disciplined, and designated as cultural and media studies. Her work stood at the intersection of gender critique and anti-racist activism.

Both her painting and more recent photographic work were admired by many for their emotional power and technical prowess.  Artist Suzanne Anker, School of Visual Arts Chair, Fine Arts Chair, praised the “sense of mystery” in Karp’s paintings, likening her work to that of Susan Rothenberg and Giacometti. She also praised the “cerebral” and “ethereal” levels in Karp’s work, reflecting her training in philosophy.  Art critic Barry Schwabsky praised the “visceral quality” of her work, equally intense in its spareness or richness.  Karp’s oil and paper painting about childhood rape (“Seduced and Abandoned”) have received considerable attention. The late philosopher and art critic Eileen O’Neill, wrote in Gender/body/knowledge: Feminist Reconstructions of Being and Knowing (Rutgers UP) that Karp’s description of her  rape several decades earlier at the age of thirteen, “like much of her work, contains an illusive tension: it is at once light, tender, and quiet, as well as wrenching and emotionally piercing,” expressing  “the feelings of a young girl in the aftermath of her attack—a theme quite rare in western painting.” In the 1990s, due to allergies, Karp turned from oil painting to watercolor and gouache, adding new light to her work even as it explored intimate themes of loss and grief.  Her book of drawings, This Body Remembering Yours, created in 1990, was in development for publication during her final illness.  Over the past decade Karp worked in photography, and her photographs, like her painting, are intimate explorations of the self and relationships. She loved the Arbus quote: "A photo is a secret about a secret," and was a great admirer of photographers Vivian Maier and William Eggleston. The late musician, filmmaker, and photographer Jon Sholle praised the “vision” and “concept” of Karp’s photographs. Artist, musician, and photographer Joe Morris praised Karp’s great regard for the subjects in her photos, seeing “beauty in things that are ignored by most people.”

Since childhood, Karp studied with a series of individual artists, beginning at age 9 with Holocaust hero and survivor, the late painter Maria Lowenstein. After completing her doctorate in philosophy, Karp returned to studying with Leo Manso in Provincetown and NYC briefly. In the 1980s she showed in AIR, Rastovski, and Pleiades among other galleries, in Soho, NY; the Everhart Museum in PA; and The Women’s Studio Workshop, Rosendale, NY, among others.

Karp attended Chatham College from 1962 to 1964, where she studied painting and liberal arts, and later graduated from Columbia University in 1967 with a BS in Philosophy. She completed her PhD at the City University of New York in 1979. By then, she had already embarked on a teaching career at several colleges and universities in New York. Her teaching ranged across disciplines, from poetry to film, music to anthropology, but above all she was a philosopher. She was a beloved teacher, who students praised for her dynamic and engaged classroom, where “nothing was off the table” and “anything could be investigated.”  An academic colleague wrote that the life and art of Barrie Karp expanded the ancient philosophical imperatives of the beautiful and the good with female and feminist subjectivity.

As Faludi describes it, Karp was the “rare contemporary academic whose command of theory only enhances and deepens her intellectual praxis, her artistic vision, her fiercely unstinting inspection of the human parade and her own life’s struggles. Her paintings are a revelation of psychological depths; her photography an extraordinary and humane record of street-life in New York; her pedagogy life-transforming for so many of her students.”

Barrie Karp lived most of her life in NYC, moving there in 1964. She grew up in Williamsport, PA and was born on an air force base in Laredo, TX. Her parents were the late Ethel (“Corky”) Weiss Karp and the late Leonard Karp, both of Northeastern Pennsylvania. Her father was a merchant, her mother a homemaker who did volunteer charity work. Karp was inspired by her mother’s regard for women’s achievements, sisterhood, and politics as well as her love of jazz, literature, color and beauty. She was inspired by her father’s courage, teaching excellence, love of opera and poetry, storytelling, humor, warmth and hard work.

Graveside service will be held 3:00 p.m. Wednesday, October 2, 2019 at the Wildwood Cemetery, Williamsport.

To send flowers to the family or plant a tree in memory of Barrie L. Karp, Phd., please visit our floral store.

You can still show your support by sending flowers directly to the family, or by planting a memorial tree in the memory of Barrie L. Karp, Phd.
Share a memory
© 2022 Maneval Allen Redmond Funeral Home. All Rights Reserved. Funeral Home website by CFS & TA | Terms of Use | Privacy Policy | Accessibility