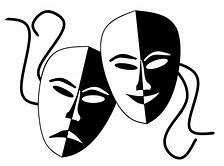 A memorial service will be held at 4pm on Sunday, March 6th at the Community Theatre League in Williamsport, PA.

Bernadette was born in Williamsport to Fred K. and Frances W. Haas.  She went to Williamsport Area High School and while there founded the drama club.  She attended Bloomsburg State College, during which time she was a member of the Bloomsburg Players and interned at Williamsport Drama Workshop.  Bernadette married Robert Jones in 1989. Bernadette was an actor first. She always said that “acting was her first and foremost love.” Bernadette also directed, choreographed, designed (set, lights, costumes, props), stage managed, produced, built and painted sets, technical directed, and taught. She devoted 50+ years to theatre and at last count she had worked with 24 companies across Pennsylvania, which doesn’t include the ones that she created just so that she could do a singular show.

Bernadette is preceded in death by her parents, Fran and Fred.

Bernadette is survived by her husband, Bob, her children, Declan, and Sara, and her brothers, Mike Haas, Dave Haas, and Mark Haas.

In lieu of flowers donations may be made to the Community Theatre League.

To send flowers to the family or plant a tree in memory of Bernadette H. Haas Jones, please visit our floral store.