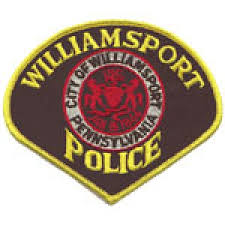 He was married to the former Dianna (DeVaughn), who survives and they have shared 7 years of marriage.

Curley was born on September 29, 1944 in Hartsville, SC and was the son of the late Leroy Ketter and Catherine Jett.  He was raised in Harrisburg, PA. He graduated from John Harris High School in Harrisburg where he played basketball and football, he also attended Williamsport Area Community College.  He retired in 2001 from the Williamsport Bureau of Police as Chief. Upon retiring from the police force he enjoyed driving for a limo service for various people & groups, he was also employed at Williamsport Area School District as an Intervention Specialist for several years, followed by the STA transport Company and worked security for The Little League World Series for many years.

He was the Associate Pastor at Love Unlimited Church, Williamsport, he was also a former member of Shiloh Baptist Church, Williamsport where he served as Chairman of the Deacon Board, a member of the Trustee Board, Pulpit Committee, church anniversary committee and the Shiloh Baptist Men’s Chorus. Curley was a member of the St. John Lodge #26 F & A M, Mayflower Chapter #18 OES, FOP Lodge #029, NAACP, CAPPA, Central Baptist Association, National Organization of Black Law Enforcement Executives and The Let’s Do It Again Reunion Committee. Curley served as President of the Board of Directors for the former Bethune Douglass Community Center. He was a board member of The Lycoming Literacy Project and he was involved with Pop Warner Football serving in many capacities. He enjoyed family gatherings, watching westerns on television, jazz music, golf, cooking, barbequing and vacationing in Ocean City Maryland.  He was a bass player in the Dynamic Centuries Band and he was a huge fan of the Williamsport Area High School Football & Basketball teams, Philadelphia Eagles and Penn State Football teams.

All other services will be private and burial will be in Green Lawn Memorial Park, Montgomery.

To send flowers to the family or plant a tree in memory of Curley J. Jett, please visit our floral store.

You can still show your support by sending flowers directly to the family, or by planting a memorial tree in the memory of Curley J. Jett
Share a memory
© 2022 Maneval Allen Redmond Funeral Home. All Rights Reserved. Funeral Home website by CFS & TA | Terms of Use | Privacy Policy | Accessibility