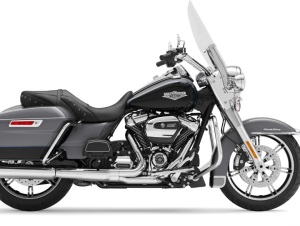 He was married to the former Debra J. (Weisenberger), who survives, and they have shared almost 42 years of marriage.

Daniel was born in Williamsport on April 9, 1957 and was the son of Neil Howard, Sr. of Williamsport and of the late Beverly Ann (Johns) Howard and Daniel E. Sayah, Sr.  He was a veteran of the US Navy and served during the Vietnam War.  He was a truck driver for 4 M Express and had retired from there.  Daniel was a member of the First Church of Christ – Disciples of Williamsport.  He enjoyed gun smithing and Harley riding.

In addition to his father and wife, he is survived by one son; Daniel Sayah, III (Stephanie) of Grapeville, one daughter; Tasha J. Sayah (Rob Gee) of Williamsport, two grandchildren; Caleb Sayah and Leanna Sayah, one brother; Neil Howard, Jr. (Michele) of Manheim, two sisters; Danita Sayah Arthur (Tim Klotz) of Williamsport and Linda Kilburn (Tim) of Reinholds and nieces and nephews.

There will be a public visitation 4 – 5 p.m. Saturday, January 15, 2022 at the Maneval Allen Redmond Funeral Home, 500 W. 4th St., Williamsport where the funeral will begin at 5:00 p.m.  Pastor Steve Weeks will officiate the service.  Burial will be held privately in Wildwood Cemetery.

To send flowers to the family or plant a tree in memory of Daniel E. "Diesel Dan" Sayah, II, please visit our floral store.