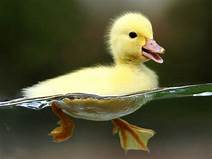 David was born on May 29, 1967 in Williamsport and was the son of Donald W. Duffield of Cogan Station and the late Ann L. (Delozier) Duffield.  He graduated from Loyalsock High School in 1986.  He had worked as a culinary master chef and had worked at the Peter Herdic House, Sheraton Country Club, Crippled Bear and the Nippenose and Waterville Taverns.

David enjoyed fishing, hunting, camping, kayaking, taking care of his chickens and ducks, and most of all, spending time with his family.

In addition to his father and wife Alma Zechman of Cogan Station, he is survived by his companion; Joni Ward of Linden, one son; Hunter D. Duffield of Waterville, one daughter; Alyce L. Duffield of Muncy, three grandchildren; Caydence, Scarlett and Axel and five sisters; Jean Barnfield (Harry) of Milton, Teresa Brown of Kansas, Janet Duffield (Tom) of Duboistown, Tracy Frank (Don) of Linden and Tina Duffield of Loyalsock.  In addition to his mother, he was preceded in death by one brother; Donald D. Duffield.

Services are private at the convenience of the family.

The family suggests that memorial contributions be made to the funeral home to help with funeral expenses.

To send flowers to the family or plant a tree in memory of David D. Duffield, please visit our floral store.

A Memorial Tree was planted for David

Join in honoring their life - plant a memorial tree

You can still show your support by sending flowers directly to the family, or by planting a memorial tree in the memory of David D. Duffield
Share a memory
© 2022 Maneval Allen Redmond Funeral Home. All Rights Reserved. Funeral Home website by CFS & TA | Terms of Use | Privacy Policy | Accessibility