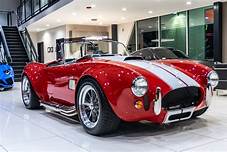 COGAN STATION - The much loved and respected legend, Jack E. Strouse, 90, passed away Monday, August 23, 2021 at the Gatehouse, in Williamsport.

He was married to the love of his life, and partner in all endeavors, the late Jean F. (Johnson) Strouse for 69 years until her death in 2017.

Jack was born on October 6, 1930 in Williamsport and was the son of the late Harley and Hazel (Lord) Strouse.

He owned and operated Strouse Brothers Construction for over 30 years! Where he was involved in many oil and gas pipeline jobs, including a river crossing by Maynard St. in winter. As he would say, “It’s all over town.” The longstanding joke was that even when he tried to fire people for their shenanigans, they would just laugh it off. At one point he was left a note saying they would be back in the morning.

He was a long-time member of The Wheel Inn, where he loved Sunday dinners with his family. He was a wood carver, winning in art shows. And had the honor of having one piece showcased in the Harrisburg Museum for a month. He was most well-known for his 427 and 289 Cobras. Which in the 60s and 70s he raced in the PA Hill Climb’s. To this day he still holds many state records, including Hershey Hill Climb and Trout Run Hill Climb. “But you don’t have to brag about it.”

There are no words for the loss of this incredible man. To say he will be missed is an understatement.

To send flowers to the family or plant a tree in memory of Jack E. Strouse, please visit our floral store.