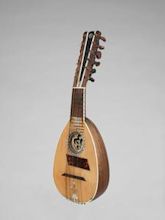 MONTOURSVILLE - Jeffrey Rich, 79, formerly of Sandpoint, Idaho, passed away Sunday, May 29, 2022 at UPMC Susquehanna, Williamsport, after complications from a recent car accident.

He was born on April 16, 1943 in Meriden, Connecticut and was the son of the late Hershel T. and Ruth A. (Berner) Rich.  He graduated from Ramsey High School in New Jersey, graduated from RPI with a degree in Civil Engineering, and then he served his country with the US Army during the Vietnam war, during which he was awarded the Army Commendation Medal.  After the war Jeff obtained his masters degree in early childhood education from Lesley university in Massachusetts.

After his service in the US Army he dedicated the rest of his life to bringing Love and Peace into the world instead of war. With a Masters degree in early childhood education Jeff taught for many years in state schools, and worked in hospitals with children with rare diseases. In Sandpoint Idaho, his home for over 40 years, he was known as the plum man, because he would pick plums and fruit from the many abundant local fruit trees, and give them away each year, drying much of the fruit, and distributing it throughout his community.  In addition, Jeff was musical, playing several instruments, and worked for several years as a mandolin maker.

A life celebration time will be scheduled later this year in Sandpoint Idaho.

Donations in Jeff’s memory can be made to Bonner Community Food Bank, 1707 Culvers Dr. Sandpoint, ID 83864

To send flowers to the family or plant a tree in memory of Jeffrey T. "Sprouts" Rich, please visit our floral store.

A Memorial Tree was planted for Jeffrey

Join in honoring their life - plant a memorial tree

You can still show your support by sending flowers directly to the family, or by planting a memorial tree in the memory of Jeffrey T. "Sprouts" Rich