Share a memory
Obituary & Services
Tribute Wall
Read more about the life story of Jerold and share your memory.

Jerold loved to help others, which was reflected in his career choices. He completed his education and training to be a paramedic. He worked as a paramedic until 2008 for Jersey Shore, Williamsport, Lock Haven and Muncy and won Paramedic of the Year and numerous other life saving awards. Jerold was a firefighter at both Citizens Hose Company of Jersey Shore Area and Larrys Creek Volunteer Fire Company. He was previously a chief for 30 years between both fire companies. Most recently, Jerold worked as the Chief Deputy Coroner of the Lycoming County Coroner’s office.

An Outdoorsman, Jerold loved to hunt, fish and canoe. He was a huge fan of the Call of Duty video game and loved to play it on his off time. When he was younger, Jerold was also a wrestler. Jerold did anything his grandkids wanted to do. He was the best husband, dad and pappy his family could ask for.

In addition to his parents, Jerold is preceded in death by a grandson, Marcus Reynolds; a sister, Shannan Fanning; and his father, Robert “Slim” Edkin.

A visitation will be held on Monday, Jan. 16, 2023 from 1pm-3pm at the Woodward Township Volunteer Fire Company, 4147 US-220, Linden. A memorial service will follow beginning at 3pm at the Fire Company with Howard Woodruff officiating.

Arrangements were entrusted to Rearick-Carpenter Funeral Home, Jersey Shore. To leave a condolence for the family or your fondest memory of Jerold, please visit www.rearickcarpenter.com.

To send flowers to the family or plant a tree in memory of Jerold N. Ross, Sr., please visit our floral store. 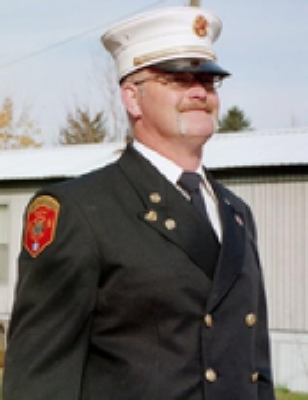