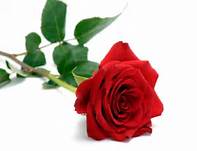 She and her husband, Robert E. Reynolds, who died on January 18, 1995, were married on June 5, 1943.  Born in Williamsport on November 17, 1924, she was a daughter of Richard F. Williamson and Grace Hollopeter Williamson.  Graduating from Williamsport High School in 1942, she was a student at Dickinson Junior College, now Lycoming College.

Mrs. Reynolds was President of the Pennsylvania PTA from 1968-1970 and a vice president of the National PTA from 1971-1973.  She held various offices in both the state and national organizations.  A lifetime member of Beta Sigma Phi, she served as president of Alpha Eta Chapter and its City Council.

Lucile was President of the Pennsylvania Association of Hospital Auxiliaries from 1998-2000, President-elect from 1996-1998, two terms as Secretary-Treasurer.  She was a member of the Williamsport Hospital, Williamsport Hospital Foundation and Pastoral Care Advisory boards.  She had been a Gift Box volunteer for many years and was co-manager of that shop.

Mrs. Reynolds was a member of the Duboistown Garden Club and had filled several board positions in that organization.  A lifetime member of Covenant-Central Presbyterian Church, she was a member of its Chancel Choir and a Sunday School teacher.

The family will provide the flowers.  Those who wish, may make a contribution to the charities of their choice or the Susquehanna Health Foundation.

To send flowers to the family or plant a tree in memory of Lucile W. (Williamson) Reynolds, please visit our floral store.

Charity of your choice