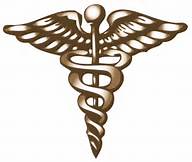 Dr. Worobec practiced Orthopedic Surgery in North Central Pennsylvania for over fifty years.  He and his partner, Dr. Francis V. Costello, established the first orthopedic practice in Williamsport in 1954.  He was awarded a lifetime achievement award by Susquehanna Healthcare in 2016.  He was married for over 60 years to Elsie P. Worobec, who predeceased him on December 1, 2012.  He is survived by his children; William (Pamela) of Williamsport, Kathleen Story of Montoursville, Michael of Bethel, CT, Mary (Peter) of Saunderstown, RI and Paul of San Francisco, CA.  He had eight grandchildren; Eve Lapine (Seth), Erika Worobec, Rebecca Gaucin (Victor), Steve Story (Tanya), Andrew Worobec, Caitlin Doering, Joanna Doering, Vivian (Nick) Jeffers and nine great-grandchildren.

Russell Worobec was born and raised in Grand Rapids, Michigan.  He graduated from the University of Michigan Medical School which is where he met his wife.  Both were avid Wolverine fans.  Dr. Worobec frequently wore his Michigan letter sweater for the Ohio State games.  He served in the United States Army in World War II and the Korean War.  He particularly enjoyed caring for children with polio and other pediatric orthopedic problems.  He loved his patients and respected his colleagues.  He was an avid gardener, enjoyed fishing and traveling throughout the world with his wife.  He was an accomplished alpine skier who loved to ski with his family and friends and an enthusiastic golfer in his retirement.  He was a member of the Pine Street United Methodist Church.

A private family service will be held at a later date.

The family requests that memorial donations in the name of Dr. Russell N. Worobec and Elsie P. Worobec be made to Susquehanna Health Foundation, 1001 Grampian Blvd., Williamsport, PA 17701 to support Pediatric Rehab Services.

Arrangements are being handled by Maneval Allen Redmond Funeral Home.

To send flowers to the family or plant a tree in memory of Russell N. Worobec, MD, please visit our floral store.

You can still show your support by sending flowers directly to the family, or by planting a memorial tree in the memory of Russell N. Worobec, MD